Each one of us has probably already been stung by a bee, a wasp or even a hornet – mostly in childhood, for example during the summer holidays. But not everyone knows that the poisons of these three insects are very different. A different chemical composition means different reactions to stings and different degrees of pain.

Which sting hurts most?

How to avoid insect bites:

• do not tease the insects
• do not move near bees, wasps and hornets
• void picnics and barbecues :-)
• keep away from garbage and fallen fruit
• do not try to drive the insects away with quick hand movements

The hornet is much larger and the diameter and length of its sting are larger. In addition, the sting has no hooks and that is why the hornet can sting someone several times (this also applies to wasps, but only the females have poison that causes pain).

The bee has a smaller sting that does not penetrate so deep under the skin. But that does not mean that its stings are comfortable. What it does not have in size is balanced with the latest technologies ;-). 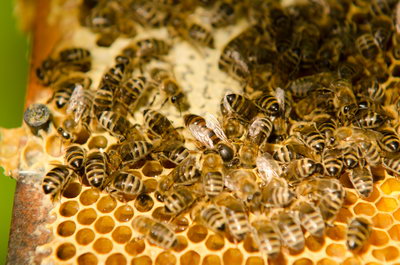 On one hand, bee sting contains a lot of poison, which we can fortunately also use in a good way, for example to treat aching joints. Individual components of the poison mutually increase the effect, they work in a so-called synergy, which quickly causes swelling and allergic reactions. Furthermore, the bee sting has hooks so that it gets stuck in the skin and keeps pumping poison from a poison pouch into the wound several minutes after the attack. Unfortunately, the bee dies soon after its sting had been torn out.

So, according to the intensity of the pain, the hornet wins, but a bee sting can also be painful. However, the effects of hornet stings are often overstated. There is a saying that seven stings of a hornet can kill a horse and three stings a man. An exception is the extreme poison of the giant tangerine hornet, which fortunately lives only in Asia.

The hornets are insect eaters and feed on other large insects such as bees. You can watch a National Geographic video on the topic. You can see there how the hornets attack a hive. All people who do not enjoy this sight must remember, though, that the hornets fall prey to other animals in the nature as well. Some birds or the praying mantis, considered one of the most remarkable hunters, like to eat hornets.

Some bees have also learned to defend themselves – several dozen bees can cling to a hornet and heat it by the vibration of their wings up to 47 ° C, which is deadly to the hornet.

If you are interested in a direct comparison of the pain caused by the sting of a bee, wasp or hornet, we recommend a study of the American biologist Justin Schmidt who tested on himself how uncomfortable the bites of each insect are.

He has rated the severity of the pain on a scale of 1 to 4, where the value 1 indicates the least pain, for example, if a sting has scarcely injured the human skin. The value 4, on the other hand, indicates the strongest stings, which can cause cramps even in resistant people. The values for hornets (of the genus Dolichovespula maculata, which occurs only in America) are in the same order of magnitude as in wasps. Well, we do not know really, but it is an interesting test.

Can insect stings be dangerous?

Symptoms of an allergic reaction:

The decisive factor is when you get stung – the bees are most active in spring and early summer, the hornets and wasps in late summer and autumn. If you are normally not allergic, a sting should not be dangerous for you. Only when you gent stung in a particularly sensitive area, for example tongue or neck, where there is a risk of suffocation, we recommend that you seek medical help quickly.

A common reaction to stings is increased pain in the hurt area, itching, a reddened skin and swelling. These symptoms should be gone within a period of two days to one week. An allergic reaction lasts longer than a day. The stung area may be severely swollen and the symptoms may be accompanied by abdominal pain, hives, diarrhea or dizziness. Those who suffer from allergies and have been stung by a bee, a wasp or a hornet, should consult a doctor immediately to prevent a shock. 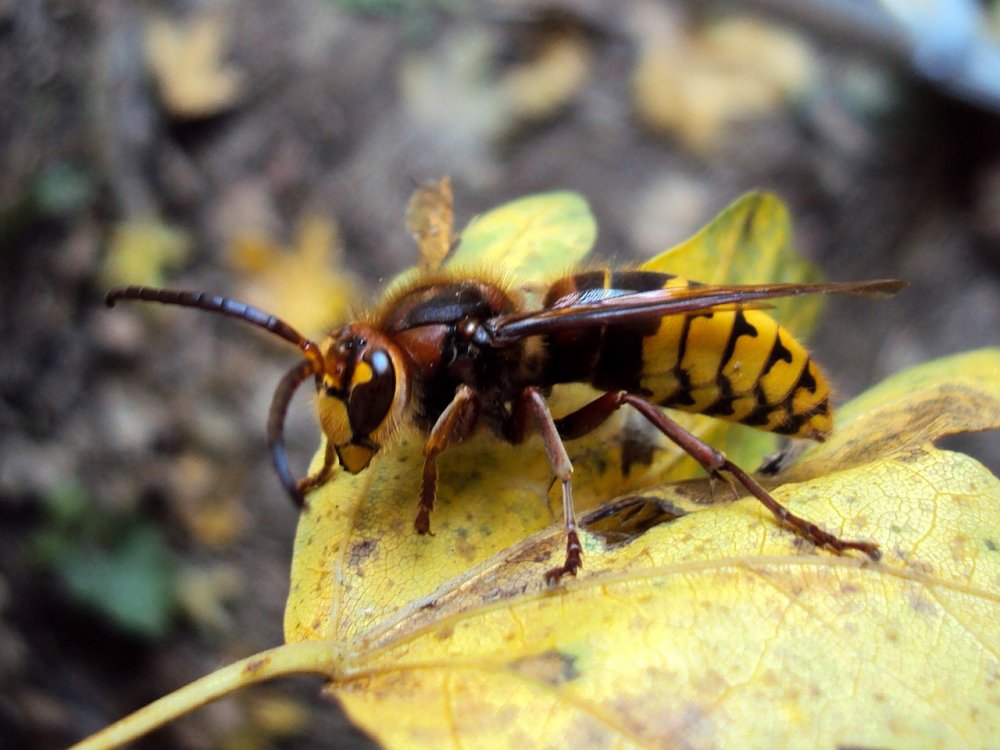 If you have been stung by a bee, wasp or hornet, you could be easily poisoned as these stings contain venom. For actual poisoning of the organism, however, these are too small quantities. When talking about a truly lethal dose, up to 500 bee stings are mentioned in an adult human and about 50 in a child. After such an attack, the bee stings can lead to kidney failure.

How fast do you have to deal with insect stings?

If you have been stung by a bee, it is important to pull the sting out quickly but carefully. The sting is still a living organism and penetrates ever deeper into the skin. It is important not to squeeze it because it contains poison that would spread even more into your body. Scrape quickly the sting with your fingernail and try not to press the poisonous sack on its end.

This only applies to a bee sting – the wasps and hornets usually do not leave the sting in your skin, even if they contain no poison.

If you want to alleviate the symptoms of a bee sting, try an old home remedy: you can put an onion slice on the affected area. It is also very effective to use gel with propolis, which you can find in our product range. It has a cooling effect and in addition to the pain relief is also effective against sunburn.

Celý článek
08. 03. 2022
Tested for thousands of years: Discover the beneficial properties of propolis

Propolis has been used already by the ancient Egyptians, Greeks and Romans. It was considered a versatile medicine with which the ...

Periodontitis is caused by the accumulation of dental plaque in the mouth. Bacteria forms and gradually travels to the teeth’s s ...