We wish you good health, love and wellbeing every day of this year 2022!

Do you feel that your legs feel heavy when you are getting up and it takes a long time for your knees to move normally? It may present a problem to reach the accounting department on the first floor, not to mention climbing the stairs at home. Although your knees are not swollen or hurt, it could be a more serious problem that should not be underestimated.

Do not try to move the knee. Go to the doctor

If you have ever had uncomfortable knee pain, you can certainly say that it is not advisable to underestimate the pain in this largest body joint. Most patients make the mistake of trying to loosen up the joint through movement. Often, however, the problem is thus made even worse. Many people are also falsely convinced that it makes no sense to see a doctor if the knee is not swollen. They think that it is probably nothing serious. However, many inflammations and other knee problems are not associated with swelling. The patient tries to endure the pain for a long time at home and decides to visit a doctor only when the pain is unbearable. 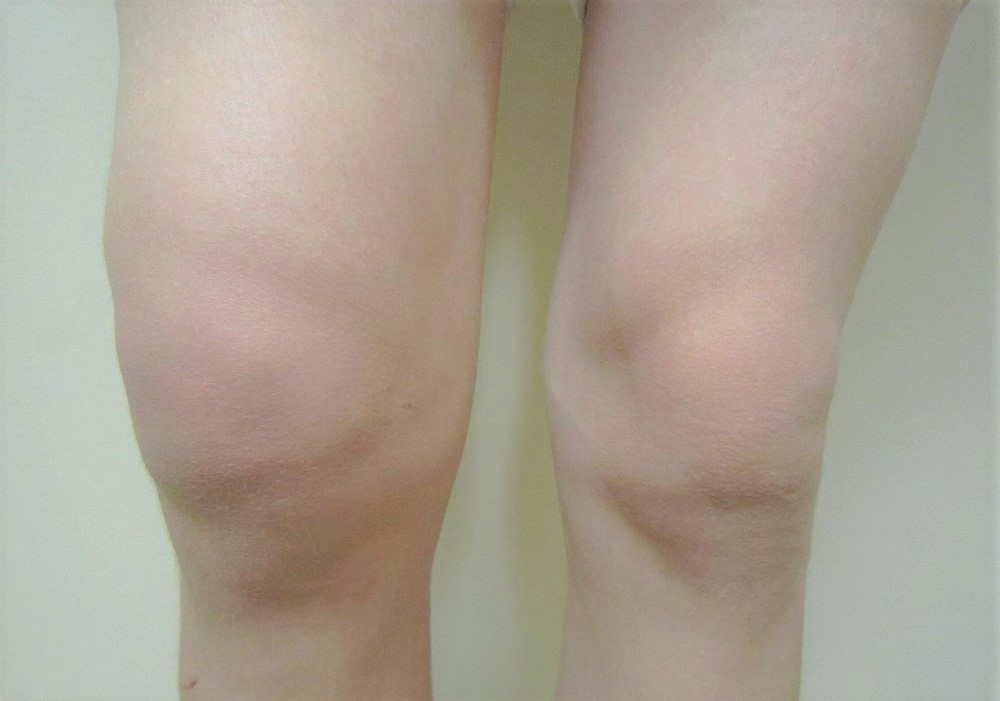 A swollen knee is usually a sign that there is a serious problem that should not be underestimated. If your knee swells for no apparent reason or injury, it may be arthritis, gout, or inflammation.

A swelling can also be the result of an injury. If the knee swells within an hour after an injury, there is probably a problem with strained ligaments. It could also mean a break.

If the knee swells after a few hours or even days, it is likely an effusion or injury to the meniscus.

A locked knee is a condition when you cannot bend or straighten the knee. Sometimes the movement of the joint is blocked by a mechanical obstacle. This could be for example a piece of wedged cartilage or a symptom of a serious injury. In both cases, it is not enough to solve this problem with domestic resources, a visit to a doctor is necessary.

The opposite of a locked knee is a sprained knee. In such cases there is almost always a problem with ligament injuries, not with the knee itself. The ligaments are sometimes torn and the knee becomes unstable as a result. The affected person has the feeling that the knee is laterally displaced, not in the correct position. Also this problem cannot be solved without medical help.

Crunching, crackling and cracking in the knee

The knee can produce a variety of sounds. The most common sound is a kind of crackling or cracking, especially when bending the knee. The phenomenon seems so common that it occurs in most people during their lifetime. Although the sound sounds a little disconcerting, that does not mean that it could be an indication of a problem. In this case, you should pay attention to whether the knee noises are accompanied by pain. If so, see your doctor.

Knees can also give out an unpleasant crunching sound. This is probably related to a worn cartilage. To explain this easily, you have to imagine that two bones rub against each other and produce crunching noises thereby. The noise may also be related to a previous injury or to arthritis.

Find out when and where the pain occurs

Before you go to see the doctor, it is worth considering briefly in which situations you feel the knee pain and where exactly it occurs. If you have problems climbing stairs, it is probably due to worn cartilage. The same is true if you have problems going down a staircase. If you get up in the morning only with difficulty and the pain slowly ceases when moving, it could be the first stage of arthritis.